Whether or not you love to rock out before each of the cabin of the week competitions or hit the Cupid Shuffle at the Wednesday Night Disco, music is a fundamental part of the ISTC experience. Although it can be subtle, music is responsible for making our good times even better. We give our All-Sports teams a portable sound system because nothing elevates a game of dodge ball more than a fast paced beat. Music also perfectly sets the tone for a game of president’s in the cabin with your friends. And don’t even get me started about the rush when the iconic beat of Lip Gloss by Lil Mama comes on. Music simply adds that extra bit of energy to awesome things we already do at ISTC.

Have you ever noticed that certain songs remind you of camp? It’s not every day that you bust out the dance moves for “5, 6, 7, 8” or sing the entirety of “A Thousand Miles” by Vanessa Carlton. The music at ISTC represents the community you have become a part of; specific songs remind you of things that happen only at ISTC and we want you to relive these moments until Summer 2017 is here. Add these to your playlists to stay connected! 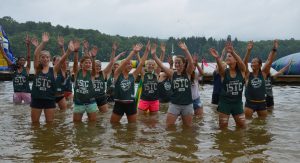 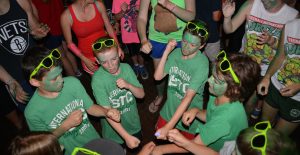